I often look at my journals from the past with the thought “What happened X years ago today?”

When entries are at least 10 years old, I sometimes re-publish them here on my blog in the category of This Date in My History (TDIMH). They helped me see how far I’ve come and hopefully encouraged others along their path.

Today, I happened to wonder about my life 20 years ago. I hadn’t planned to write on my blog, but the story that day was too good to pass up.

Days like today are when I hate my day job the most. I only got home within the last 10 minutes. I had barely stepped foot in the building before I knew that our email server was down. I was getting my bagel in the cafeteria — I hadn’t even gotten to my desk, much less taken off my coat…

I wore a hole in the carpet between my desk and the computer room while I attempted one tape restore after another. The damn thing finally came up just after 6pm, but now I don’t know if it’s usable. 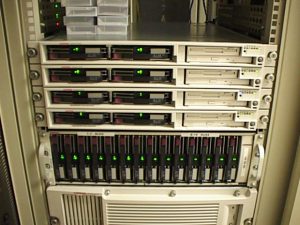 I had heated words with one of the attorneys who was worrying me to death about that stupid server. He had been sending the secretary to ask me about the progress. On her last trip, she said he asked why I hadn’t gotten help. In the sexist environment that is our office, that question is equal to saying that I am at the end of my technical expertise, and I should get a man to fix the problem.

I started to tell her my answer, but then I told her I would call him. He’s a loud, bully sort of person from NY who is probably not used to women standing up to him.

During our “conversation”, I told him that I had spent 11 hours yesterday and all morning today trying to solve this problem. I said I had asked for help, but none is forthcoming.

He said he wanted to be sure I knew the magnitude of this situation. I said I understand it better than anyone because I’m the one who has to fix it.

At one point, I told him if he could do a better job, he was welcome to come and do it.

Anyway, he got louder, and I told him that he was yelling at me. I said I am a professional person, and I don’t let people yell at me.

After a few more sentences from him, I said again that I would not listen to him yell at me. I would be glad to talk to him later if he could be calmer.

Hell must have frozen over twice today, and I don’t say that just because the outside temperature is 16 degrees! First, after the server was back on-line, [the attorney] actually sent an email to apologize! He said he didn’t mean to sound like he was attacking me personally.

The next line was more of an insult than an apology to me because he wanted to be sure we were doing all we could. (No, [attorney], I’m just sitting here twiddling my thumbs and not really trying to solve the problem.) He ended it with a line about being appreciative of my efforts.

To the people who kept asking me when the server would be up, I wanted to respond with 1 or a combination of these comments:

No one has the right to verbally abuse you.
My mother used to tell my brothers and me that we shouldn’t let anyone walk all over us. After a male boss yelled and cursed at me one day, I decided that I’d never allow anyone else to treat me that way again. I found that the more I stood up for myself, the more people respected me.

Have patience with those working to solve your problem.
Whether it’s your computer network/bank/electricity/gas that isn’t working, rest assured that the people charged with fixing it really do want it to work and are doing what they can as fast as possible to restore your service. Hounding them about it being down doesn’t endear you to them or help them move any faster.

Although my story doesn’t illustrate the following points, I would add:

A little humor goes a long way in easing frustrating situations.
I admit that I lost my patience and temper with that attorney. While I’d still say he deserved it, I’ve found that humor reaps much better results!

Don’t make a life-altering decision based on a temporary condition.
I had many days when I hated the job so much I could have easily and happily quit. However, I value security, so I realized that kind of life-changing decision should be made only after careful thought and planning. Had I quit on any of those bad days, I would have hurt my finances in both the short and long terms.

These days, I barely think about my 25-year tenure in information technology unless I read one of my journals written during that period!

I still have problems to solve and frustrations in my career as an audiobook narrator, but I know they will teach me lessons if only I look for them.