I narrated, produced, and published the public domain book The Story of Walt Disney by Diane Disney Miller and Pete Martin. I was thrilled that it released on 5 December in celebration of the 120th anniversary of Disney’s birth.

While I’m excited to announce this audiobook, I’m writing this post to talk about its cover art, and more specifically, information about image usage that may help you if you publish your audiobooks.

That article discussed the images inside the book. Of course, the copyright laws also apply to the cover art, so I encourage you to read it.

Today, I want to talk about the laws concerning right of publicity. (Insert my usual disclaimer about not being a lawyer though I have voiced many in audiobooks.)

Since I published the Disney audiobook, it was up to me to acquire appropriate cover art for it.

If you license the audio rights to a book still protected by copyright, you may be able to negotiate the usage of the cover art as part of the deal, depending on who owns the image. Even though a book may have entered the public domain, you can’t assume that you can use the original cover on your audiobook.

When the hardback book was published in 1957, it had this illustration on the book jacket. The design was carried over to the later paperback edition. 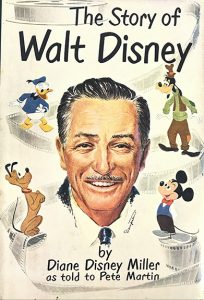 I learned in my research that Al Dempster was a Disney artist who worked on backgrounds in numerous movies and the illustrations for Golden Books. Walt thought Al was a wonderful artist and even owned and displayed some of Al’s paintings in his home.

I felt sure that Walt owned the copyright to this image in part because I saw a Disney work-for-hire contract.

It really wouldn’t matter, though, because all of those drawings of his copyrighted characters could land me in trouble with his company, which I believe is one of the most litigious companies on the planet.

Although I couldn’t use the original art, I wanted to keep the illustrated look of the cover. I found great drawings of Walt in these First Day Covers (FDCs) sold on eBay. 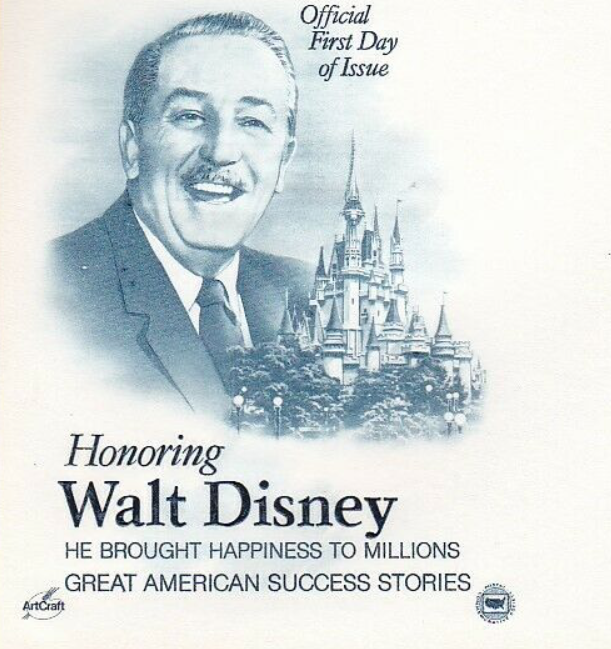 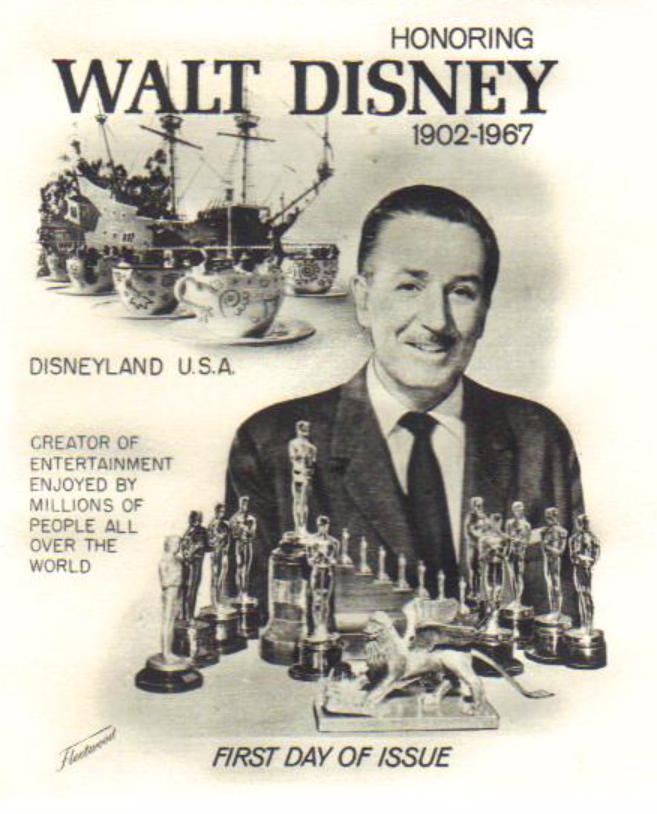 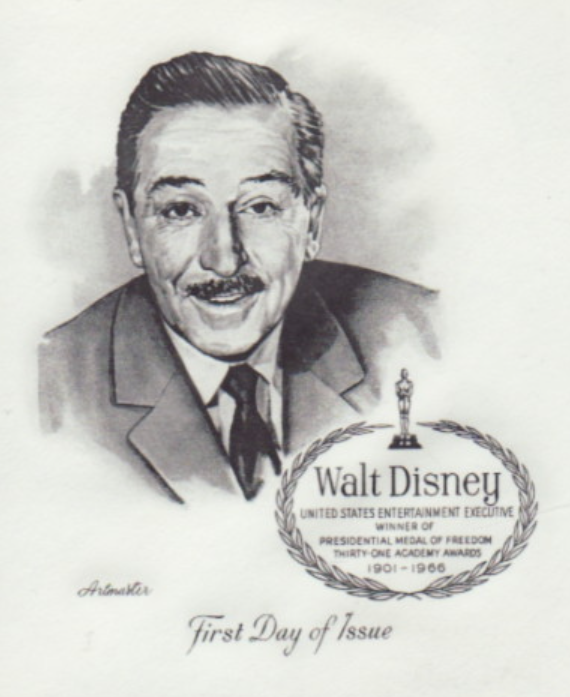 I spent time researching the companies that produced these FDCs but kept running into dead ends. Many companies have merged or dissolved. I tracked one to the last owner but never got a response to my voice message or email.

“Fine”, I thought. “I’ll just find a great public domain photograph of Walt Disney and use it on my audiobook cover.”

Using my article Tour of Sites With Public Domain Art as my guide, I looked on various sites. I loved this picture of Walt in 1946 that I discovered on Wikimedia Commons. 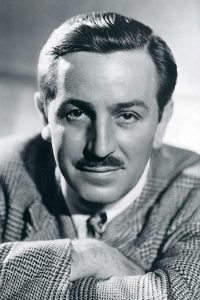 The page notes that this image was a publicity shot from the Boy Scouts of America and not copyrighted.

Before I made a final decision, I wanted to check the motherlode of Disney pictures at Getty Images.

Several pictures including this one immediately stood out, and for more reasons than the aesthetic appeal.

Embed from Getty Images
First, the cost jumped off the page. Beyond that, let me draw your attention to the DETAILS on the right side. 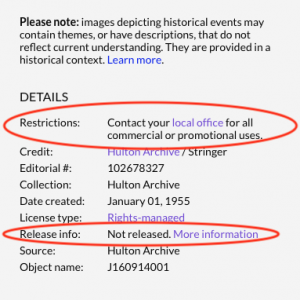 You see that commercial use is restricted. In addition, it states “Not released.” These 2 words caused me to do more research and are the foundation for this post.

The Getty site explains that you need a release to:

The right of publicity prevents the unauthorized commercial use of an individual’s name, likeness, or other recognizable aspects of one’s persona. It gives an individual the exclusive right to license the use of their identity for commercial promotion.

If the right of publicity seems familiar, you may have heard about the recent case where voice actor Beverly Standing sued TikTok in federal court for using her voice without her permission. (The case was settled out of court.) The first line in the legal complaint asserted

With an extraordinary number of celebrities making their home in California, I felt sure that state would be one that recognizes the right of publicity.

“But didn’t Walt Disney die in 1966?” I can hear you ask. “Wouldn’t his right of publicity have ended at that time?”

lasts for 70 years after death, and is considered a freely transferable, licensable, descendible property right.

Therefore, Walt Disney’s image wouldn’t be free to use in commercial ventures until 2037! In the meantime, his heirs could sue anyone who slapped his picture on their product.

It’s a good thing I couldn’t find the owners of the First Day Covers. Even with their permission to use their image, they could never give me Walt’s release.

Understandably, I chose to avoid eliminate Walt’s picture from the cover art for my audiobook! 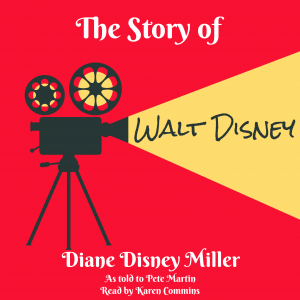 I found a great stock image and changed its colors to match those of Mickey Mouse.

You’ll notice that I also didn’t use Walt’s unique and very identifiable signature. Instead, I found a font that gives a feel of his handwriting.

It may have been Walt Disney’s birthday, but learning about the right of publicity was the present for me.